Statement by The Rt. Honourable Pushpa Kamal Dahal ‘Prachanda’, Prime Minister of Nepal at the Annual Boao Forum 2017 on the theme  “Globalization and Free Trade: The Asian Perspectives”
Your Excellency Mr. Zhang Gaoli, Vice Premier of the People’s Republic of China
Your Excellencies Heads of State and Government
Secretary General of Boao Forum for Asia
Distinguished Delegates
Ladies and Gentlemen
It is a great honour to address this distinguished gathering of political and business leaders as well as academics and professionals from various continents.
The Annual Conference of Boao Forum provides an important platform for sharing of perspectives and nobel ideas for prosperity of Asia, prosperity of humanity.
I would like to thank the Government of the People’s Republic of China and the Boao Forum for Asia for the invitation and excellent arrangements made for our gathering in this beautiful island of Hainan Province.
Distinguished Delegates
A single word that has been in extensive use in our world is –globalization. Though this single word may not have single meaning, the pursuit is one. Pursuit of development, progress and prosperity. Pursuit of greater connectivity, mobility and integration.
In past few decades, globalization and international trade has brought fundamental transformations in the living standards of the people–of developed as well as developing world. Decline of extreme poverty from the level of 47 percent in 1990 to below 14 percent today is just one example.
A backbone of global economy, globalization is a key force of development.  It is that force, which has lifted millions out of poverty.  However, it has not been an unalloyed feat.
The role of globalization and freedom of trade in making our world wealthier has been undeniable. But many have felt that they have been left behind in the process. Many have felt that marginalization has also been a corollary to globalization. In sharing of the fruits of globalization, there has been a visible asymmetry.
This very asymmetry has led to apprehensions in various parts of the world –developed as well as developing. It has created an atmosphere of uncertainty and cynicism.
And, to provide the anchor of stability in these uncertain times, Asia has an important role. To steer the raft of free trade, Asia has an undeniable onus.
We have to make sure that globalization triumphs cynicisms as well as complacence. Globalization –which is more inclusive and reinvigorated. Globalization –which does not create a dichotomy of winners and losers rather a win-win situation for all.
Ladies and Gentlemen
For a long stretch of history, Asia used to be a global economic powerhouse; a land of innovators and inventors; and a continent of civilizations and commerce.
Now in the 21st century, the center of gravity of global economy is shifting towards Asia. It is emerging as the engine of global growth. A hub of trade and a hub of innovation.
In the process of globalization, Asia has made its contribution as well as gained the fruits.
But, we must not forget –there are still many countries in Asia for whom globalization has not bestowed with benefits.
There are still some barriers that hinder the free flow of goods and services from the countries, which are at lower rung of development.
Success and sustainability of globalization must rest on inclusiveness. We must ensure the equality of opportunities as well as ability to reap benefits of globalization. We should strive for a level playing field –that is even and fair.
Inclusiveness lies at the core of Asian culture. For centuries, different nations, religions and civilizations have co-existed with each other and flourished equally.
The same inclusiveness is possible and must prevail while we continue to embark upon the path of globalization and free trade.
21st century is rightly said to be the Asian Century. A century of shared benefit and shared destiny.
To materialize the Asian model of globalization, we must build a cooperation model, which will enable free flow of ideas, unimpeded links of trade and an enduring instance of win-win situation
Undoubtly, trade is the engine of growth. But for countries like Nepal, which is least developed and landlocked, enhanced market access through duty free quota free provisions, streamlined and simplified rules and procedures, trade capacity building as well as trade facilitating measures including smooth transit arrangements would be essential for them to benefit from globalization. We expect globalization to contribute to economic transformation which is critical to sustain political transformation.
Ladies and Gentlemen
Nepal has entered the phase of economic transformation crossing many political milestones. Our priority now is to accelerate economic growth and development.
I would like to invite the Asian business community to invest in various profitable sectors including hydropower, infrastructure development and tourism in Nepal. We have a rich resource base. Many of the sectors are virgin in terms of investment and are equally profitable.
Our growing domestic market and our location among the largest economies of Asia bear an immense prospect to establish Nepal as a trade hub; a vital link in global value chain.
We can realize this potential of my country as well our continent by making globalization work for all. By ensuring an inclusive globalization for all and free and fair trade. By building on the opportunities offered by globalization and free trade for the common prosperity of Asia and the world.
To create a more wealthier world, we must strive for:
Inclusion not isolation
Partnership not protectionism
Bridges not barriers
Freedom while trading not fears
I believe that we have enough foresight, big-heartedness and courage to tread upon this path- a path of Asian prosperity, a path of shared prosperity.
Thank You !
Boao, 25 March 2017
Facebook
0
Google+
0
Twitter
0
Mail
0
१३ चैत २०७३ | प्रमज्यूको सम्बोधन, सन्देश तथा मन्तव्य-प्रचण्ड 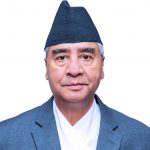 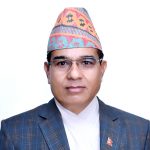